Nola & I spent a day in New Windsor to shoot another scene for the performance film with:

We shot primarily on and in the huge fallen tree against the abandoned house next door to my studio. We found the door open to this mysterious house and ventured inside until the vibe & oppressive, musty odor forced us back out. Here is an image of Nola standing in front of said door: 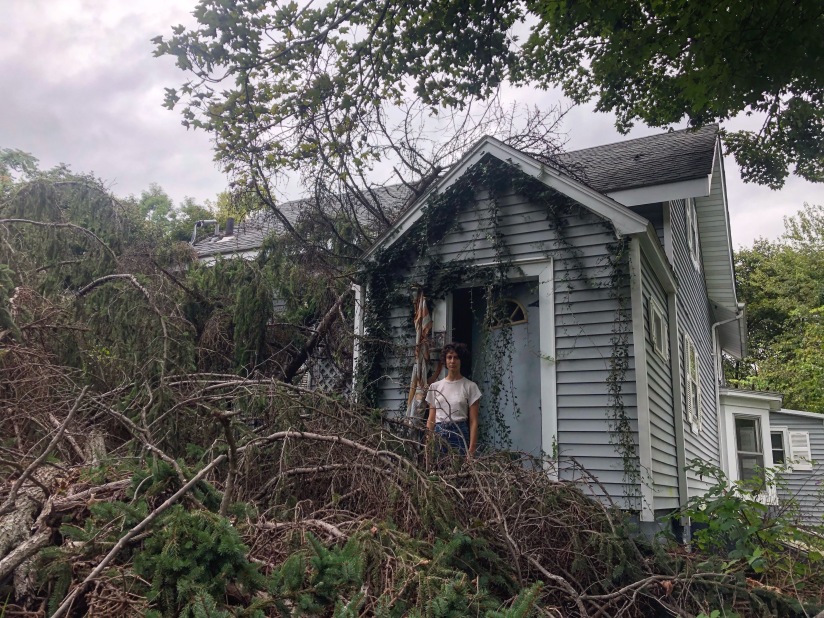 Transposing MTBT to a film is a live experiment. Being a documentarian of dance & performance and a movement artist simultaneously leads me to challenge the first medium on a regular basis. The world of MTBT is ambivalent and fragile: The energy of the movers keeps it in flux, and the work and meaning shifts around the core questions and principles. My advisor in film school, Tirtza Even, once told me “if there is subjectivity, then there is narrative’ and I agree. The narrative of the performance work of MTBT is born of live movement between two women and sound. There being two women moving together immediately presents subjectivity. Furthermore, the context will change as the work is presented elsewhere. In contrast, when embarking on shooting this film, the chosen sites (the abandoned house and Moodna Creek) fell under an interrogation that continues on because they will stick to the world of the film. I felt that I had to choose a story that the sequences constituting MTBT could inhabit. I say ‘choose’ because MTBT responds both directly and indirectly to a growing, experiential archive of female narratives and so it was a matter of culling from there.

I will not say which story I chose at this time 😉

Here are some images of the large and uprooted pine tree, with and without Nola and I: 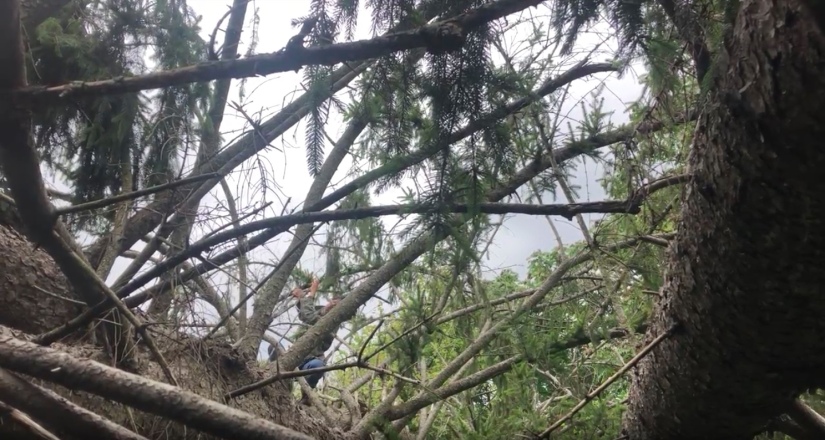 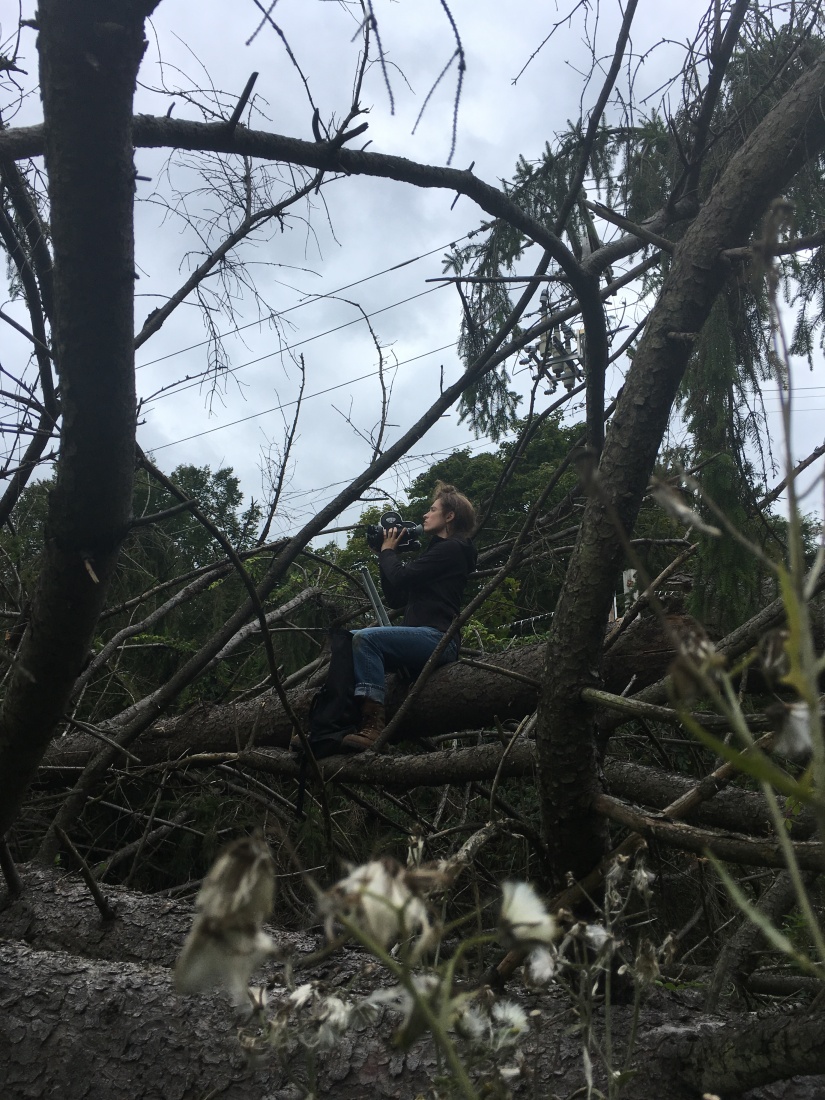 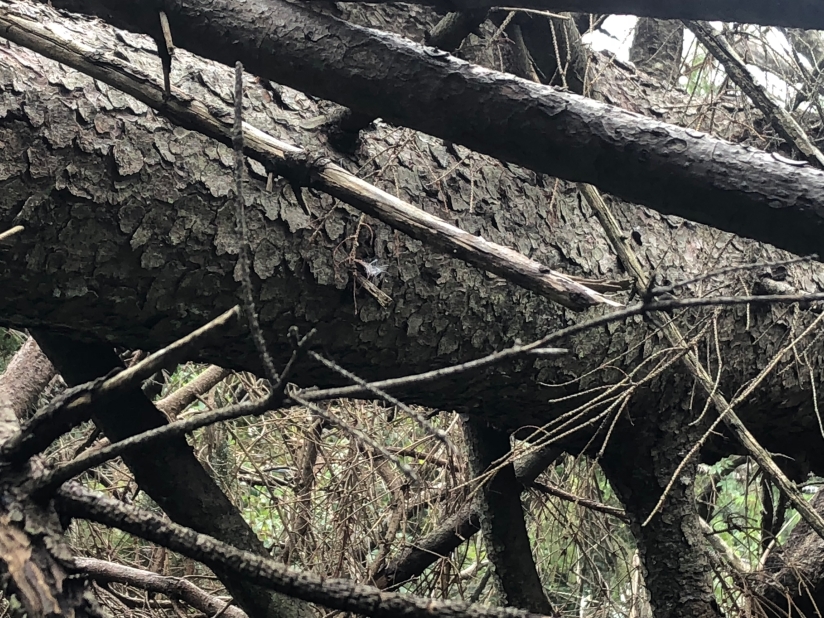 After shooting the scene at the house, I brought Nola to Moodna for the first time. There she walked through her and explored the current. I went in as well and worked on a solo composition based on Moodna. 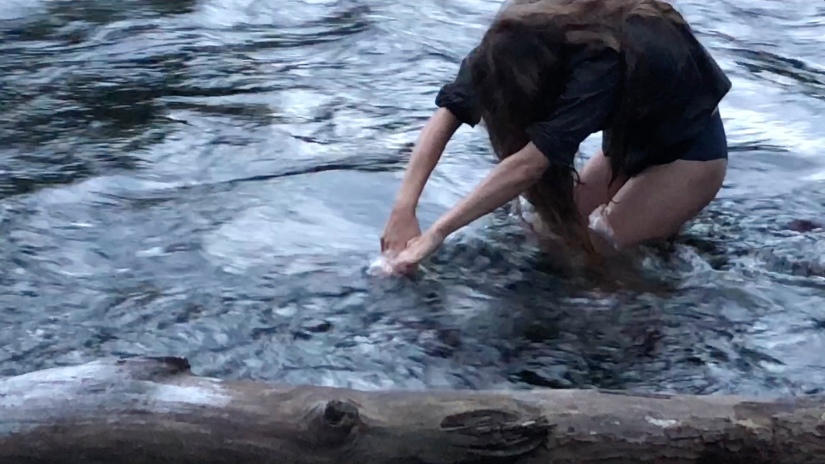 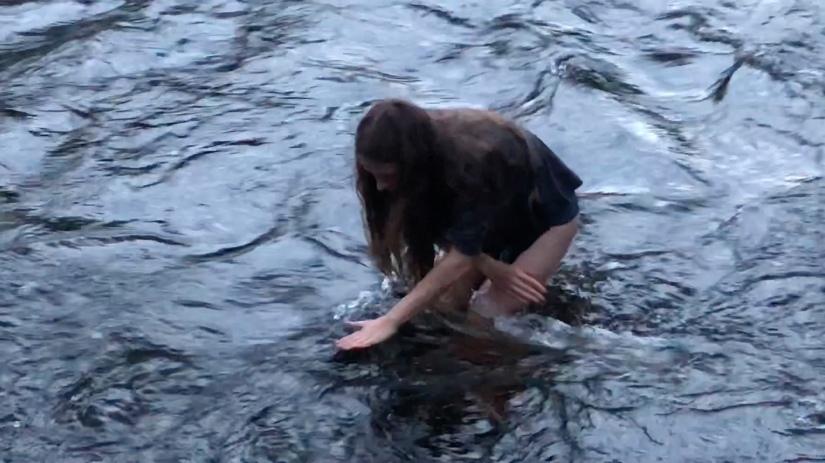 SORRY FOR THE ADS, CAN’T AFFORD TO UPGRADE RIGHT NOW